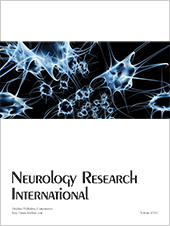 We used functional magnetic resonance imaging to investigate the neural basis of the mere exposure effect in music listening, which links previous exposure to liking. Prior to scanning, participants underwent a learning phase, where exposure to melodies was systematically varied. During scanning, participants rated liking for each melody and, later, their recognition of them. Participants showed learning effects, better recognising melodies heard more often. Melodies heard most often were most liked, consistent with the mere exposure effect. We found neural activations as a function of previous exposure in bilateral dorsolateral prefrontal and inferior parietal cortex, probably reflecting retrieval and working memory-related processes. This was despite the fact that the task during scanning was to judge liking, not recognition, thus suggesting that appreciation of music relies strongly on memory processes. Subjective liking per se caused differential activation in the left hemisphere, of the anterior insula, the caudate nucleus, and the putamen.